Please understand that my PERSONAL views and opinions are not directly those of OAS. My support comes from the growing unrest that is beginning to plague our Country from coast to coast. Whether the organization is OAS or any other POSITIVE organization that brings about the conversation of securing American Freedoms and Rights for my Family in the generations to come, is of no difference to me. I will support those that have enough common sense to stand up for themselves. Even when they are being persecuted and treated like degenerates. People that unveil EVIL truths are ALWAYS demonized. I'm smart enough to know this so I try not to get too emotionally attached to issues when people don't understand this concept. Ignorance is running rampant in our land... I cannot afford the "luxury and bliss" of ignorance right now! Neither can you... I hope that you can all understand my point of view... If not, it's cool. Time reveals truths. If you don't believe, I challenge you to figure out why so many reputable people DO believe that we are at a major crossroads in our country and our very way of life is at stake. Thanks and enjoy the video! ***********************The attacks start with censoring Public Information. This is happening right now on an unprecedented level. Youtube Views, Likes, and Comments are being removed that discuss anything dealing with OAS. Not every comment... Just enough to "minimize" the impact that Operation American Spring is REALLY having. SHARE this video to get the word out about what's going on! Our Media doesn't care... Our Government doesn't care... It is TRULY up to the American Citizen to take our country back! NOT ILLEGALLY!! But by the Constitution and our Bill of Rights!! We won't let Information Manipulation deter us from standing for ourselves and for our families! (S.NORMAN)http://www.SecretNewWorld.comhttp://www.WhoIsSincere.comhttp://www.NewAccountActivation.comReferences:Dahboo77 Youtube:https://www.youtube.com/channel/UCFjO...https://www.youtube.com/watch?v=g1dWC...https://www.youtube.com/watch?v=kCV8H...Operation American Spring:http://operationamericanspring.org/Before It's News LIVE Stream:http://beforeitsnews.com/alternative/...

The Live Feed Has Been Restored, please share this Live Feed all weekend. TY

These Live Feeds will be on going all weekend, if they are not live when you check in with us, they may be taking a break. Please stand by or check out the other videos below.

There is a group of patriots with a million mobilized militia members are heading to downtown Washington, D.C., today to bring a simple message to political leadership, from President Obama to House Speaker John Boehner: Get out. Get out of the American peoples house! 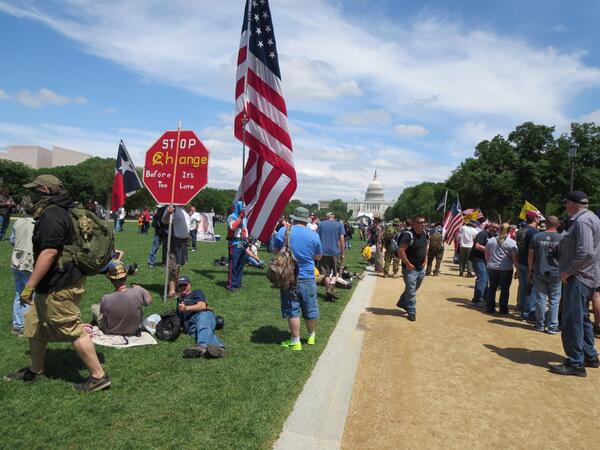 Beforeitsnewsws will be featuring this event live stream for you to follow the latest developments on this patriot movement.

I am adding a second live stream from Guerilla Media Network who will also be transmitting from Washington DC all weekend. Now there are 2 Live Streams for you to moniter Operation American Spring.

This is the third Live Stream Link I am adding for you to follow Operation American Spring all weekend long. Watch live stream video posted online by Uncle Sam’s Misguided Children:

“We are calling for the removal of Barack Obama, Joe Biden, Harry Reid, Mitch McConnell, John Boehner, Nancy Pelosi and Eric Holder as a start toward constitutional restoration,” Riley told the Before Its News website during an interview earlier this year.

“OPERATION AMERICAN SPRING – Beginning Of Tyranny Housecleaning” and it’s due to commence May 16, 2014. 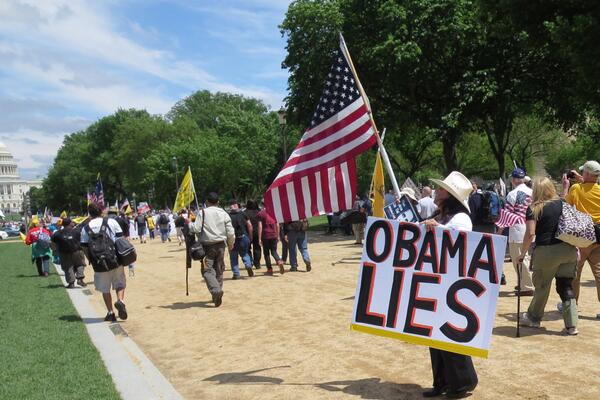 There are 3 primary phases to the plan:

Phase 1 – Field millions, as many as ten million, patriots to assemble in a peaceful, non-violent, physically unarmed.

Phase 2 – At least one million of the assembled 10 million to stay in D.C. as long as it takes to see Obama, Biden, Reid, McConnell, Boehner, Pelosi, and Attorney General Holder removed from office.

Phase 3 – Politicians with the principles of a West; Cruz, Dr. Ben Carson, Lee, DeMint, Paul, Gov Walker, Sessions, Gowdy, Jordan, to comprise a tribunal to convene investigations and recommend appropriate charges against politicians and government employees who have violated the Constitution

Mission: Restoration of Constitutional government, rule of law, freedom, liberty “of the people, for the people, by the people” from despotic and tyrannical federal leadership.

To bring about that change, Riley says he hopes his group succeeds at shutting down the federal government. Whether or not all 29,999,999 of his compatriots will follow through, however, remains yet to be seen.

Should Riley succeed in wrangling up 30 million Americans, Ohlhiser added, then he’ll have garnered the support of around one-tenth of the US population.

Update: 10:10 am I will be following this OAS movement all weekend. The live stream link should be active soon. This is the offical live stream link, as soon as it’s on the air you will see it first right here!

According to other posts on the page, fellow Operation American Spring participants planned to meet at Arlington National Cemetery a stone’s throw from the District of Columbia on Friday morning, then march to the capital and stay there for days.

Others on the forum have been attempting to arrange travel accommodations from as far away as Tucson, Arizona, Des Moines, Iowa and southeast Texas, and have been debating on the website where to camp in the DC area orwhether or not to bring firearms along for the ride.

On a separate page linked from the forums, Col. Reid wrote that “One million or more of the assembled 10 million must be prepared to stay in DC as long as it takes to see Obama, Biden, Reid, McConnell, Boehner, Pelosi and Attorney General Holder removed from office.”

“We must appeal to ten million and more American patriots to come and stay in Washington, DC to stop the White House and Congress from total destruction of the United States. It’s now or never. God help us,” he wrote.

New Audio from “Veterans News Radio”  of todays (Fridays) opening ceremony with the live feed in case you missed it. Live as it happened. These Live Feeds will be intermittent live throughout the weekend, please check in for more updates.

Below I will be updating photo’s as they become available as well. 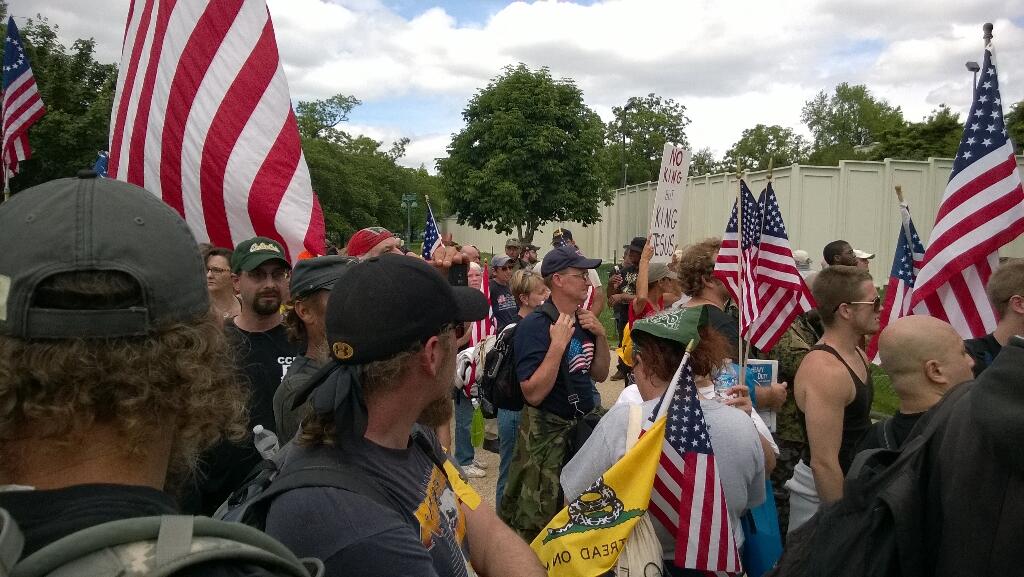 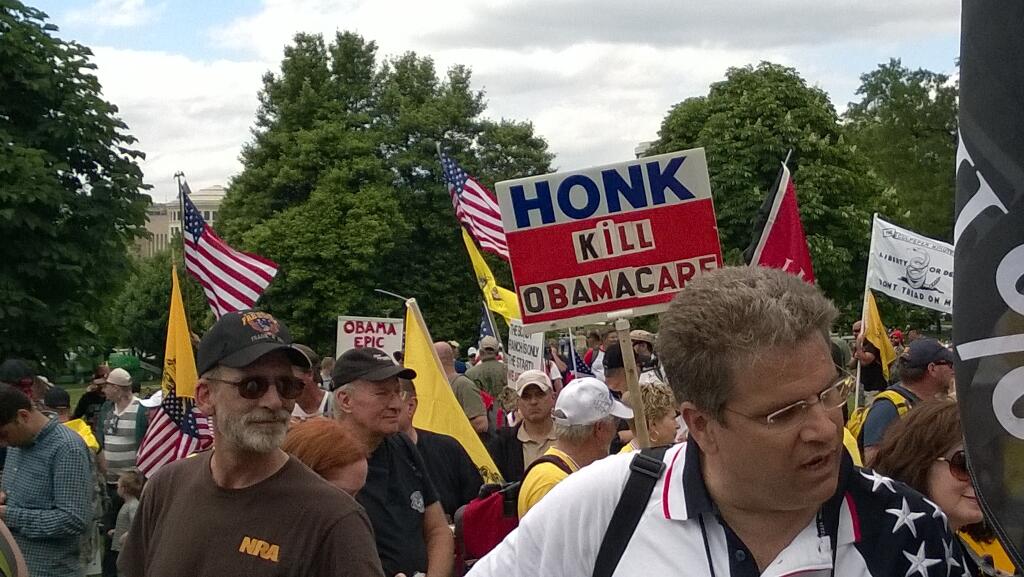 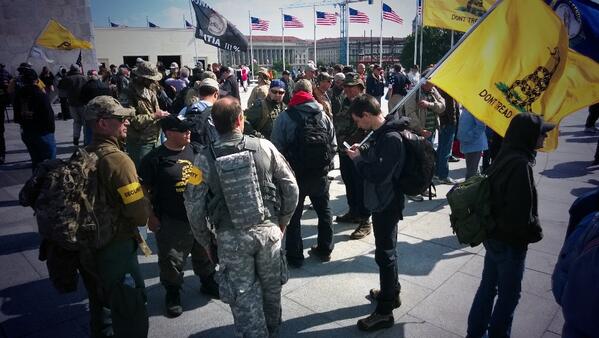 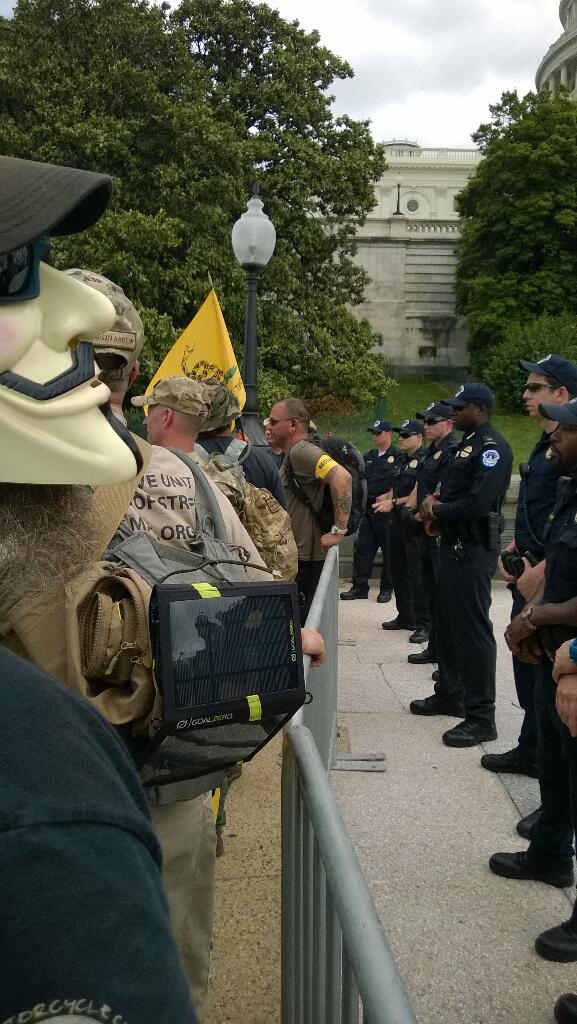 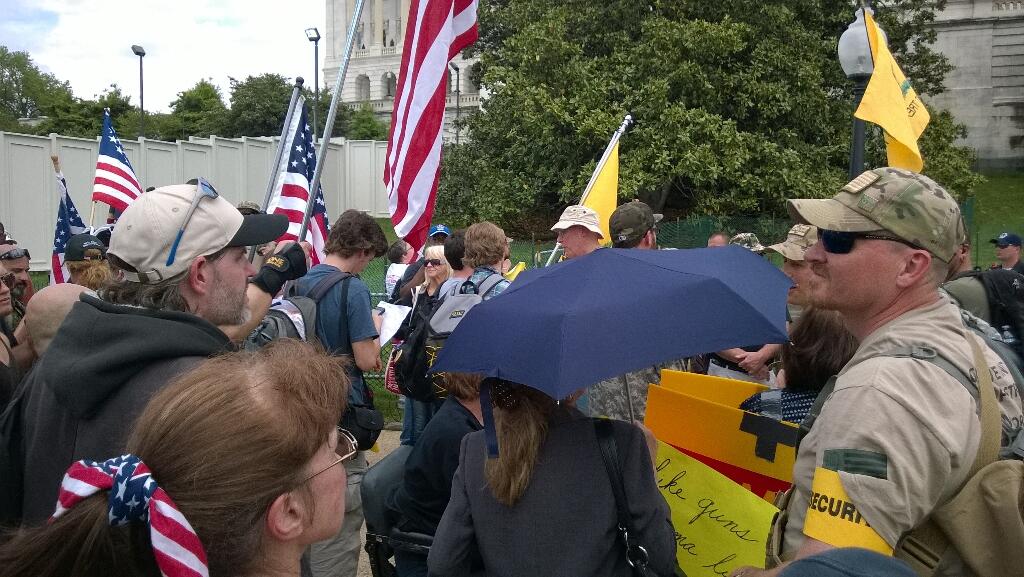