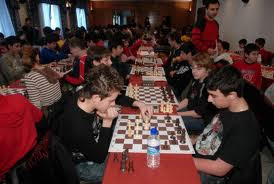 The Commonwealth of Independent States (CIS) Delphic Games is taking place for the sixth time, and for the first time the ancient Greek games moved to a Caucasian country, Armenia. (The first CIS Delphic Games took place in Moscow, Russia in 2000.)

A total of 527 participants from 14 countries, including CIS and other countries (Georgia, Latvia, Estonia, and India) will take part in the games. The novelty of this year is that there will be one participant from Nagorno-Karabakh, who is a folk singer. Besides, the participants of the Delphic Games will have concert tours in eight provinces of Armenia.

The games, dating to 582 B.C., used to symbolize the struggle of Apollo, God of Arts, against the monster Piton, Goddess of the Earth, in the Greek mythology. Now the games have another purpose- it is a mean of studying other countries’ culture for the sake of peace.

The competition programs are also changed: the competitions with war-chariots and horses are replaced with different singing and dancing performances, acting, web design, fashion, etc., in the 21st century version. During the recent five years, Armenia managed to earn medals (13 gold, 8 silver, 12 bronze) in all these categories.

The event is organized by the Ministry of Culture of Armenia jointly with the Delphic Games Committee (IDC).
www.delphic.am