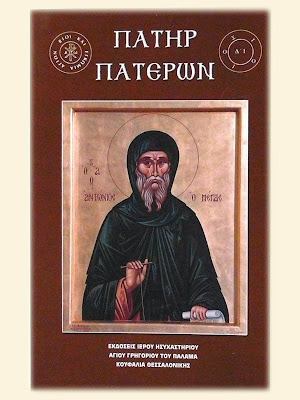 Basil Venitis, twitter.com/Venitis, points out Turkey, the most terrorist nation on Earth, has the nerve to apply for Fourth Reich(EU) membership, even though it terrorizes many Fourthreichian islands every single day and commits genocides on a consistent basis! Genocidal Turkey should not even think of joining the Fourth Reich! Moreover, terrorist Turkey should be expelled from NATO. Turkey claims that since its army is the second largest in NATO after the American army, it can violate all international laws as it pleases and can bully all its neighbors!

Terrorist Turkey's progress this year on the path to Fourth Reich accession was debated by Turcokleptocrat Egemen Bagis and Foreign Affairs Committee MEPs on 2 December. Bagis's visit coincided with the committee's first discussion of a draft report on Turkey by Ria Oomen-Ruijten(EPP, NL). Given the problems that Fourth Reich faces, such as energy security, climate change, and economic crisis, Bagis claims terrorist Turkey is committed to contribute to the solutions and is not part of the problem! What a nerve! The #1 terrorist nation on Earth, Turkey, will solve the problems of Fourth Reich!

George Papandreou, godfather of Siemens omerta, points out terrorist is trying to buy its admission to Fourth Reich by recruiting the wife of Tony Blair and many other pullpeddlers and by distributing a lot of kickbacks to Eurokleptocrats. Venitis points out Eurokleptocracy, gigaregulation, Antitrust Armageddon, and gigataxation, especially VAT, are the real causes of the European financial meltdown. Democracy in Fourth Reich has deteriorated to kleptocracy, and Fourthreichians are mad as hell. Eurokleptocracy thrives on waste, fraud, and abuse(WFA), and Europeans who don't know what they're talking about. European Union(EU), aka Fourth Reich, an illegal unvoted confederation, condones the European Commission(EC), aka Eldorado of Corruption, the European Parliament(EP), aka Eldorado of Prostitutes, and Graecokleptocrats, the most corrupt politicians on Earth. No Graecokleptocrat has ever gone to jail! Venitis asserts that impunity of Graecokleptocrats is the most freakish justice in the world!

Bagis reaffirmed terrorist Turkey's determination to pursue the Fourth Reich accession process, as demonstrated by its 4-year national reform program, despite the fact that negotiations on several issues had been halted by Turkey's failure to apply to Cyprus the Additional Protocol to the Ankara Agreement. Napoleon Sarko warned Obama to keep his nose out of the issue of Turkey's membership of Fourth Reich. Turkey has no right to join Fourth Reich, because it is Asian, barbaric, terrorist, and genocidal. Instead, Turkey should join the Eurasian Economic Community.

"How can Turkey continue to move towards the EU if it does not solve its bilateral issues?" asked Marietta Giannakou(EPP, EL), in a reference to Cyprus. "Why are you maintaining the status quo on occupation of Cyprus?" asked Takis Hadjigeorgiou(GUE/NGL, CY). "Regarding Cyprus, it takes two to tango" replied Bagis, adding that "the final solution must be based on equality". Turkish view of equality is for Turcocypriots to be allowed to rob Cypriots!

Maria Eleni Koppa(S&D, EL) criticised Turkey's violation of Greek air space in the Aegean sea. "We need to start exploratory talks to define air space", replied Bagis! Venitis notes that casus belli is a Latin expression meaning justification for acts of war. Casus means incident while belli means of war. In 1995, The Turkish Parliament issued a casus belli against Greece in reaction to a possibility of an enacted extension of Greek territorial waters from 6 nautical miles(11 km) to 12 nautical miles(22 km) from the coast. Greece has the UN Law of the Sea on its side. Nevertheless, Turkey terrorizes on a daily basis many Greek islands, especially Kalogeroi, Imia, Antipsara, Pontiko, Fournoi, Arkoi, Agathonisi, Pharmakonisi, Kalolimnos, Pserimos, Gyali, Kandheliousa, and Sirina. It's high time now for NATO to expel terrorist Turkey! Terrorist Turkey does not deserve engagement, but a shock and awe of bombs on Ankara!

Il Duce Berlusconi points out terrorist Turkey is also pushing illegal immigrants to Fourth Reich through the Greek border! Bagis claims that illegal immigration is not just a Greek and Turkish issue, but a European one, and the Fourth Reich-Turkey Readmission Agreement must be concluded on the principle of common burden sharing. For several decades, Turkish goods have been able to move freely within the Fourth Reich, whereas Turkish citizens cannot, he added.

Turkey's long term plan is to Islamize Fourth Reich! Venitis notes that diapered Rubenesques, the Islamic zombies, show the misogyny of Islam. Europeans cannot tolerate the burqa, an outer garment covering a woman from head to toe, and the niqab, which veils the whole face except the eyes, as oppressive to women. The burqa confiscates a woman's existence, and it's a sign of enslavement and debasement. Those who wear it are victims, zombified by Islamofascists. EU favors banning this coffin for women's basic liberties. The burqa is proof of the presence of Muslim fundamentalists on EU soil and of the politicization of Islam.

Jose Barroso, Goering of Fourth Reich, points out Ninja, a woman wearing a burqa or a niqab, is in a state of unbearable isolation, exclusion, and humiliation. Her very existence is denied. The sight of these zombies is intolerable when it comes to us from Iran, Afghanistan, Turkey, or Arab countries. It is totally unacceptable on the soil of EU. Burqa is a question of freedom and of women's dignity.

Catherine Ashton, Ribbentrop of Fourth Reich(EU), points out the number of ninjas is growing exponentially. Even if ninjas are not jihadists, they hate the West, they spit on the kuffars, the infidels, but they take advantage of all the EU social services instead of settling in a Muslim land as dictated by their doctrine. Their duplicity bewilders Europeans.

Pierre de Boissieu, Hess of Fourth Reich, points out Mutaween are religious-policing organizations with government recognition and support who enforce the Sharia Law. Mutaween consists of myriad officers in addition to myriad volunteers. They have the power to arrest unrelated males and females caught socializing, anyone engaged in homosexual behavior or prostitution, to enforce Islamic dress-codes, and store closures during the prayer time. They enforce Muslim dietary laws, prohibit the consumption or sale of alcoholic beverages and pork, and seize banned consumer products and media regarded as un-Islamic, such as CDs/DVDs of various Western musical groups, television shows and film. Additionally, they actively prevent the practice or proselytizing of other religions.

Viviane Reding, Himmler of Fourth Reich, points out Mutaween use flogging to punish violators, ban Valentines Day gifts, arrest priests for saying Mass, and are staffed by ex-convicts whose only job qualification was that they had memorized the Quran in order to reduce their sentences. They prevent women from escaping burning buildings, if the women do not wear burqas, and not accompanied by a male guardian; many women died and were injured as a result. Women who converted to Christianity were burned to death after having their tongues cut out.

Herman Van Rompuy, aka Haiku Herman, Fuehrer of Fourth Reich(EU), points out that the only way to throw the terrorist Turkish troops out of North Cyprus is to declare a trade enbargo against Turkey and to offshore balance terrorist Turkey. Hail Herman! Raise your right arm now! Offshore balancing is a strategy where a great power, such as Fourth Reich, uses favored regional powers to check the rise of potential hostile powers, such as Turkey. It permits a great power to maintain its power without the costs of large military deployments around the world. Maros Sefcovic, Goebbels of Fourth Reich(EU), points out a great power will lose its credibility, if it keeps poking its nose in where it's not wanted. As an offshore balancer, a great power would keep its military forces outside the conflict area. Hence the term offshore. As for balancing, that would mean relying on regional powers to check each other. A great power would remain diplomatically engaged, and when necessary would assist the weaker side in a conflict.
Αναρτήθηκε από Πλάτων Πισατίδης στις 3:14 μ.μ. Δεν υπάρχουν σχόλια:

The Return of Jephtha, by Giovanni Antonio Pellegrini