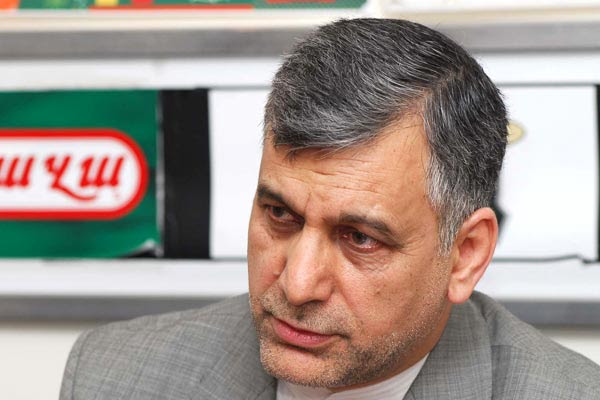 Photolure
Iran will not allow a United States-led military force to be deployed in the Nagorno-Karabakh conflict zone that immediately borders on its territory, according to the Islamic Republic’s chief diplomat in Armenia.

At a press conference in Yerevan on Wednesday Ambassador Seyed Ali Saghaeyan claimed that Washington is contemplating a deployment of its troops in Fizuli, which is one of the seven Armenian-controlled districts around Nagorno-Karabakh. He further alleged that the American intention was to do so under the guise of a peacekeeping operation.

Iran has been increasingly at odds with the West, and the United States in particular, over its nuclear program that Washington and its allies say is a threat to regional and global peace. Earlier this month the United States expanded its sanctions against Iran citing concerns about the latter’s nuclear ambitions amid a lingering speculation that a military strike against the reclusive Islamic Republic was on the cards.

Tehran has consistently indicated its concerns over a possible deployment of international peacekeeping forces in Nagorno-Karabakh in the event of a peace agreement reached by the parties to the conflict. The United States is one of the conflict mediating states, along with Russia and France, as part of the OSCE Minsk Group.

“Iran shares a common border with the conflicting countries and is concerned about its own security. It will not allow the deployment of American troops,” underscored Saghaeyan.

The Iranian ambassador’s statement came only days after a major ceasefire violation in Nagorno-Karabakh in which four Armenian and one Azeri soldiers were killed. Armenia blamed Azerbaijan for trying to scuttle the peace efforts of international mediators on finding a negotiated peace for the disputed region.

Saghaeyan vaguely called the June 18 skirmishes along the line of contact near northeastern Karabakh a consequence of provocation staged by “forces from outside the region”.

“Iran has always held that no conflict or confrontation can be of benefit to any country or people,” the diplomat stressed, adding that Tehran rules out the possibility of resumed hostilities between Armenian and Azerbaijani forces.

Saghaeyan said Iran could have a positive role in the region since it had good relations with all peoples living there.
Πηγή...